Our agency has been providing a service to the people of Grimsby and Cleethorpes and the surrounding area since being founded in 1919 by Mr Martin Maslin himself. He was later joined by his son Norman Maslin and in the post war years the Agency was very well known for its role in the prestige sector of the residential market along with its agricultural division and its professional valuation work.

The founder’s grandson, also called Martin Maslin, then joined the practise and remained a Partner until his retirement in 2007. In the 1970’s Martin Maslin Estate Agents and the rapidly expanding William H Brown group joined forces to grow the business with both commercial and financial service divisions although it was later taken back under the full control of the local Partners as it remains so today.

Our Senior Partner John Hudson worked alongside both Norman Maslin and Martin Maslin and has carried on this tradition of quality professional Agency and we look forward to celebrating our centenary in the town in a few short years. Now being based at our Abbey Walk offices after previously being located at 10 Flottergate (this street now forms part of Freshney Place Shopping Centre) and 25 Chantry Lane, the main focus of our Agency is now residential sales and lettings and we hope to serve the people of Grimsby and the surrounding area for generations to come. 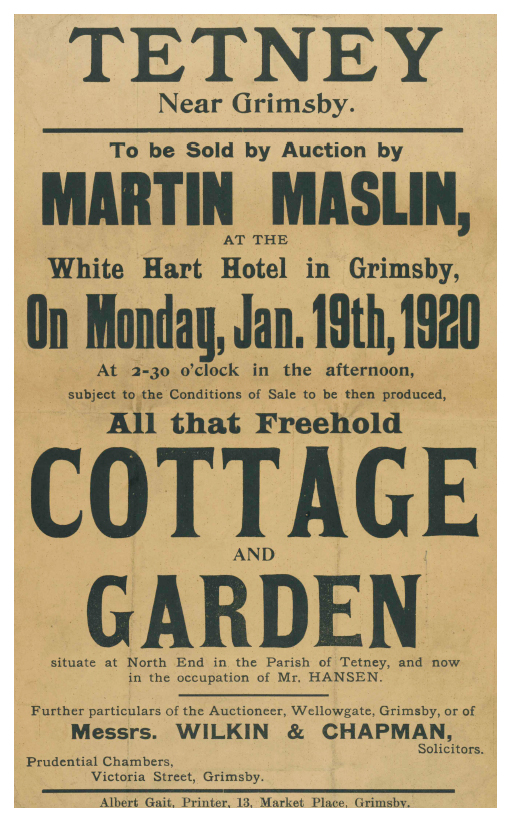 View all properties for sale

View all properties to let

"Dear Stephen and all the staff at Martin Maslin, I just wanted to thank you for the excellent care and service we received from you all in the sale of our house. You were very honest with us at our first meeting with you about we could realistically expect to get for our house, then when we received an offer, you again were completely honest about the wisdom of accepting it. This meant so much to us because our house had been previously listed with another agent at a vastly unrealistic asking price which meant that in the 2 years it was on the market with them, we only got 2 viewings. With you, we had more viewings that that in the first 2 weeks, and completed our sale with 4 and half months of listing it. There were several houses on our street that went on the market with different agents within a few weeks of each other, and within the same price bracket. Ours, to this day, is the only one that has sold. I think that speaks for itself. Again, thank you for all your help, for answering all our questions as they arose, and for never making us feel as though we were a bother when we called or stopped by. We would recommend you highly to anyone who asks. Sincerely, Cristie and Stuart Anstead "