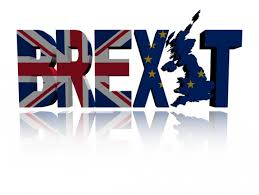 Property professionals will breathe "a big sigh of relief" if Britain votes to remain in the European Union (EU) and it will unleash a "flurry of transactions" in a market that has stagnated in political uncertainty ahead of the referendum, say experts.

Transactions and prices in the housing market have been muted since campaigning got under way, particularly in London. Many property investors and homebuyers are holding off until after the 23 June vote in which Britain may opt to quit the 28-member state bloc. The Treasury and credit rating agency Standard & Poor's warn that a Brexit could send house prices falling, though other experts have cast doubt on such claims.

A vote to remain will cause "a big sigh of relief on the confidence in the markets and we'll see a boost as a result", said James Evans, chief executive of Douglas & Gordon, an estate agent in London.

"We've seen a lot of people sitting on the fence waiting for the decision this week and I think if we remain in, those people will jump back into the market," Evans said. "What will then naturally happen is we will see probably a flurry of transactions. That may result in a slight increase in prices and then we will see normality, going back again, after that as everything settles down."

A Brexit would cause "a further period of uncertainty and confusion, and markets will be volatile as a result". However, Evans added: "My view is actually even if we did leave, we would then in a relatively short period of time see a normalised market again because I think there are so many other critical reasons that underpin the housing market in London."

Dominic Agace, chief executive of Winkworth, an estate agent, said he is working on the basis that there will be a vote to remain, as suggested by the pollsters and bookmakers. "We're set on that course," he said. "It's difficult for us to speculate on the economic impact of if we did leave so I don't know quite how one would prepare before that vote. We're doing what we do. And I suppose we're bending to the other people in our market at the moment who are obviously just watching and waiting to get past this before doing anything.

"We would envisage that if the vote is to stay in then things will pick up again. Yes, there are some other issues in the marketplace at the moment in terms of affordability being pushed and stamp duty changes and some taxation issues for overseas investors. But, fundamentally, it will pick up because people will have a bit more certainty to get on with their lives."

Brexit would be "a negative for central London and I think for the general market", Agace said, and the fundamentals underpinning the market — high employment, wage growth and low interest rates — were all in doubt if the UK votes to leave the EU.

"People will then be waiting to see what happens with all the deals, and there will be scare stories on various subjects that people will have to digest, and while they digest that they won't be getting on with their lives," Agace said. "So the property market will suffer because people won't be transacting and those that sell probably won't get the price that they want to get... It will pick up, but I think at a depressed transactional level and I think it will be a negative for the property market."

The silver lining for the London property market is the likely fall in the value of sterling after Brexit. Sterling dropped ahead of the vote after several polls suggested the leave campaign had the upper hand. Investment banks such as Goldman Sachs and UBS predict sterling could fall in value by as much as 20% after a vote for Brexit.

After the financial crisis, when sterling plummeted, foreign investment poured into the London property market, driving up prices rapidly for several years. "I think from a foreign investor market point of view, if we remain we will continue to see foreign investment as we always have done, because London is a financial centre, it is the property capital of the world," said Evans of Douglas & Gordon.

"I think if we leave and we do see a shift down in sterling, obviously property then looks very attractively priced for other parts of the globe. On that basis, I think we would see foreign investors flooding back into the market at a higher rate than we would if we remain."

Agace said that the recent tax increases on property investors — from higher stamp duty to the introduction of capital gains tax on foreigners — had made an impact on the attractiveness of the market. "It's not quite the same kind of environment as it was in 2008 when it became a cheap buying opportunity," he said.